In 1921, Claude Caver applied for a special permit from the city and screened the very first drive-in movie in downtown Comanche, Texas. Cars parked bumper-to-bumper to screen silent movies from their vehicles. It was the birth of an American icon.

Years later, Richard M. Hollingshead Jr. experimented with speakers mounted behind a screen nailed to the tree in his back yard. He measured the distance sound traveled, and determined the size and spacing that cars would need for a clear view of the screen. In 1933, Hollingsworth opened the country’s very first drive-in movie theater in Camden, New Jersey on a 40 ft by 50 ft screen.

The concept quickly caught on around the country and the technology of outdoor movie projection slowly progressed. In 1935, the Pico Drive-In in Los Angeles attempted to improve sound quality by mounting speakers in front of every parking spot. 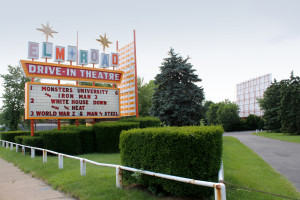 In 1941, RCA introduced speakers with individual volume controls which could be removed from their mount and placed in the car. At the peak of drive-in culture in the 50s and 60s, drive-in theaters accounted for nearly 25% of the movie industry.

By the 1990s, drive-in theaters had dwindled to a niche market dominated by independent films. New advances in technology began to cut the costs of operation, and outdoor movie projection enjoyed something of a resurgence driven by nostalgia. Nowadays, drive-in patrons enjoy high-fidelity stereo sound broadcast directly into their car’s stereo system and ultra-bright reflective screens. Technology continues to advance; digital projection and massive LED jumbotrons have once more brought this form of American culture to a turning point. 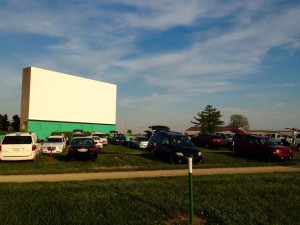 The Holiday Drive-In opened its first screen in 1955 and is now one of the oldest American drive-in theaters still in operation. We built a second screen in 1980 and have enjoyed tremendous community support since then. We’ve been able to grow slowly, adding screens 3 and 4 in 1992 and building screen 5 in 1995.

We’re on the brink of an exciting new step forward. We’ve been able to make the transition to digital projection and add a sixth screen opening for the 2016 season. We’ve got more space than ever before, with more movies to screen and more room to enjoy them in comfort. Come on out and watch a movie with us; bring the whole family and enjoy some summer fun under the stars! 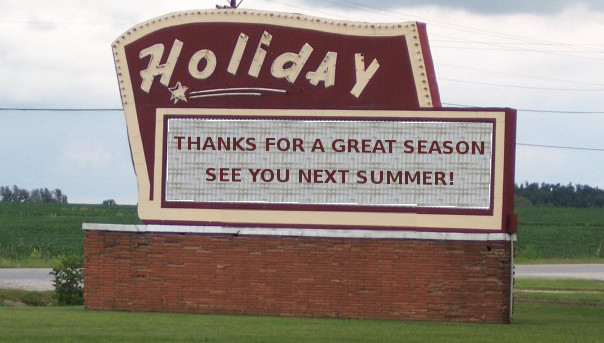 Summer Fun Under the Stars